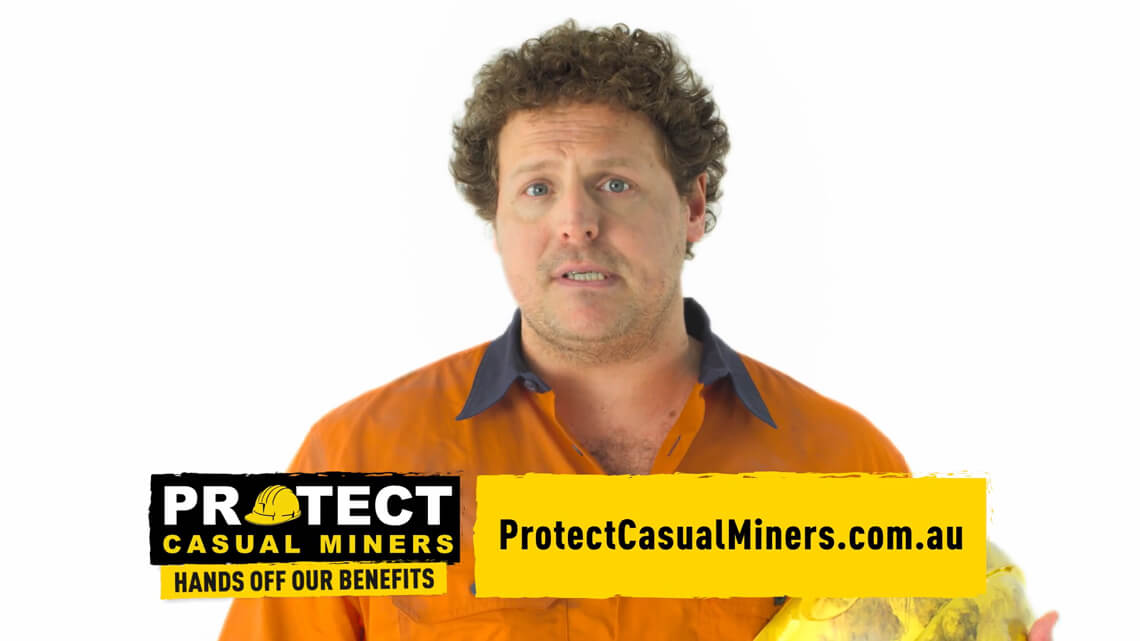 Employers in mining and other industries have been replacing permanent jobs with casuals for years.

Casuals often do the same work as permanents in the same long-term rosters but they have no paid leave or job security. And even with the casual ‘loading’, they’re usually paid much less.

After a lengthy case brought before the Federal Court by CFMEU members, the court ruled that casuals doing the same work as permanents on the same advance rosters are not really casuals. This makes sense and means casuals in steady, long-term work – the same as a permanent – can now access benefits like paid leave.

This is great news, but employers want the Federal Government to overturn this ruling.

Campaign Edge worked with the CFMEU Mining & Energy Division to launch a campaign in reaction to this pressure to change the definition of ‘casual’ to mean any worker is casual if their boss calls them one. . Our campaign launched across TV, catch up TV, social media and with print and billboard materials across the mining communities in QLD and NSW, asking local MPs and Senators to stand up for permanent jobs and stop the nonsense of permanent workers being employed as casuals