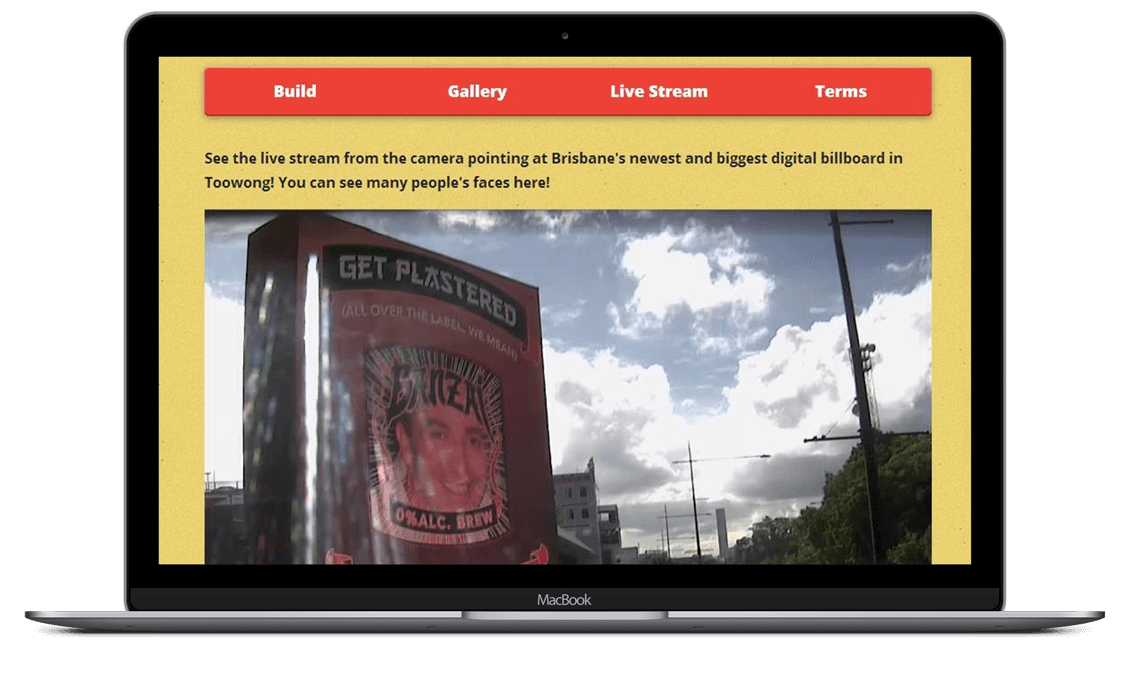 Goa and Campaign Edge worked together to create an interactive campaign for Banzai Brew, a fake beer brand, to show the effectiveness of their new billboard ‘THE CORO ICONIC’. The fake ‘Japanese beverage’ boasted 0% alcohol and was launched exclusively in Brisbane. As this was a fake product the brands identity needed to be established and designed to reflect a well-established product that customers would trust.

Campaign Edge developed a competition to support the campaign that allowed users to submit a selfie for their own ‘Banzai Brew’ label. The ultimate prize was up for grabs – a limited edition case of Banzai Brew with the winner’s face on the bottle.

To support the competition, Campaign Edge developed a responsive microsite and Facebook app that allowed users to upload their selfies, customise their entry, and see their face up in lights on THE CORO ICONIC billboard. In order to maximise exposure and drive engagement, the campaign streamed the approved selfies to the digital billboard on Coronation Drive.

Social integration was an important part of the campaign. Once a user submitted their entry and their selfie was scheduled to be displayed, the user was notified via email and a Facebook auto-wall post, encouraging them to visit the site again to see their entry on the live video feed of the billboard. This tactic drove engagement and increased the frequency of site visits – without additional spending on above the line media.

By the end of the campaign, Banzai Brew had generated hundreds of “Banzai labels”, over 66,000 people had checked out the Facebook page, and we had achieved a 300% amplification rate – all from a single billboard.