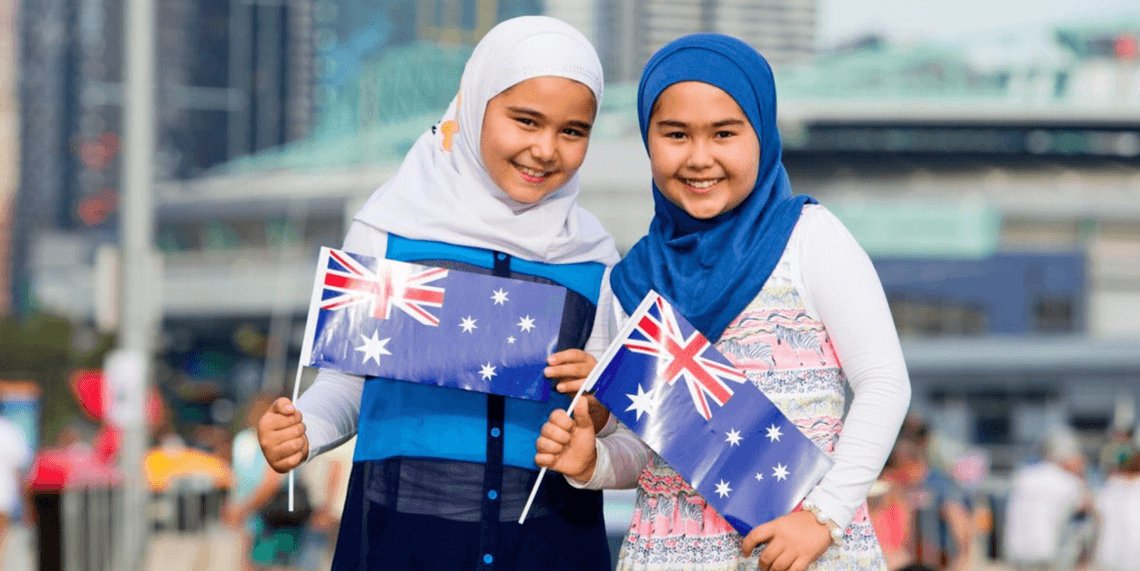 In January 2017, the Victorian Government ran a montage of images on digital billboards across their state. Featuring a variety of photos of Australians who had celebrated the national holiday the previous year, the images included people from a melody of ethnicities and backgrounds, a point to ensure it encapsulated the wonderfully diverse nation in which we live.

Originally designed with the intention to celebrate and harmonise the community, the campaign soon took a turn south as threats from the public were made to the billboard company about a particular featured image - two young Australian Muslim girls, wearing Hijab, waving Australian flags.

As a result of the threats and abuse, the billboard was removed. Shocked at the intolerance of a select few in the community and the pain on the young girls’ faces, we knew this was the moment where we were not only in the business of changing thinking, but in a position to make change happen.

Our initial goal was modest, we aimed to raise $20,000 via a crowdfund campaign to put up a single billboard featuring the two girls – a goal we reached in under an hour. Just like that, our campaign took off.

In 48 hours, we had a reach of 2 million, with almost 3 million organic impressions, engagement in over 10 countries including Qatar, the number 2 trending hashtag in Australia, and were featured in every Australian news outlet, as well as the BBC and Al Jazeera.

With the support of the Australian community we raised a total of $169,678, with millions more in awareness, engagement and earned media. The donations bought 17 billboard placements, 7 full page newspaper spreads, and over 500 street posters which we positioned across Australia.

After the media buys, we had almost $30,000 remaining which we donated to Indigenous X and Children’s Ground, an indigenous charity working to help improve the lives of our original land owners in the Northern Territory.

The second fastest crowdfunding campaign in Australia’s history, with one mission – to highlight our multiculturalism and overcome bigotry.